An Open Letter To My Best Friend(s)

63 Self Care Ideas to Get You Started

4 Podcasts That will Boost Your Positivity

The No.1 Way to Create a Morning Routine That Works For You

How Mindfulness Helps Me Be A Better Mum

Self Love & What it Means For You

Skincare Tips That Are Life Changing

Transform Your Understanding of Temper Tantrums

We have all been there. And if you’re little one is still a gorgeous, adorable bundle, trust me before long you too will experience the joy of TEMPER TANTRUMS! They look and sound horrid; as a parent they are. Your child suddenly turns into the devil incarnate, usually in public, and you feel the pressure from all around you. People staring, judging, whispering. Urgh. All while your child gets more & more frustrated.

A lot is going on in those few moments, both for you and your child. Wouldn’t it be nice instead, to be able to identify the signs of a temper tantrum before it starts?

WHY CAN’T THEY JUST BEHAVE!

Although temper tantrums can be common in older children, they are most prevalent in 2-3 year olds. Oh yes! I can hear all the Mums of toddlers nodding away.

Toddlers are massive balls of emotion, without the understanding of why they are feeling angry, frustated or upset; without the know how to effectively deal with those emotions.
﻿

It’s therefore our ENOURMOUS responsibility to help them through it, which isn’t always easy. Especially when said temper tantrum occurs during say the food shop, or the middle of a day out somewhere lovely.

You are completely right to feel frustrated by your childs behaviour. However, don’t make the mistake so many of us do – me included! – and let your emotions cloud whats really going on. Allowing this to happen will just end with a much BIGGER showdown between you and your child.

They will be confused, unhappy and exhausted. You’ll be upset, angry at yourself, frustrated at them and still completely unsure how you could’ve defused the situation!

When was the last time you experienced a temper tantrum?

For me, it’s usually when my youngest is due a nap, when we’ve told her no or if there’s been a change in her routine.

A person’s a person, no matter how small

YOUR FEELINGS ARE VALID. BUT SO ARE THEIRS

Have you had something terrible happen to you? Perhaps you lost a loved on, ended a long term relationship or we’re scolded badly at work. That BIG emotion you were able to cope with & react to in a healthy way is exactly what they are feeling now.

They explode with rage, violence and noise because they don’t have any other way of dealing with it.

There Are Two ‘Trigger Groups’ For Temper Tantrums

Based on what I’ve researched, I can find two types of triggers in young children; combined with the fact that your child hasn’t learnt to cope with big emotions equal, you guess it, temper tantrums!

Physiologically Led – tantrums ignited due to stressed physical needs; Are they hungry, thirsty, tried, in pain? Imagine how short tempered you get when you’re feeling hungry – now multiply that feeling by 1000 & suddenly its clear why your 2 year old has exploded.

I think of it in a visual way, like on The Sims 4 (LOVE that game!). As your childs bars empty, their emotions become harder to manage.

Event Led – when expectations of situations aren’t met e.g you’ve asked them to tidy their room when they just wanted to play. You’ve told them it’s time to leave Nanny’s house or you’re breaking from your usual routine. It can be confusing for them to be tidying up when they’d usually be crafting for example. These frustrations often cue scenes reminiscent of Pompeii.

As well as this, when you take into account evidence we have about child mental development, it becomes clear that children aren’t able to compartmentalise emotions the way adults do. This is simply because they literally aren’t able to yet.

Your child is learning, growing, developing all the time and its important to remember when they have a meltdown that they aren’t doing it to anger us as parents. Their self control and decision making haven’t fully formed and been learned.

However, that doesn’t mean you should allow yourself to be held hostage by their behaviour, as mentioned in the video above.

AND SO NOW WE UNDERSTAND

The combination of waning physiological needs or unsatisfactory events/changes to routine result in the outburst of big emotions we call Temper Tantrums.

They happen because your baby is yet to learn how to regulate their emotions. And guess where they look to see how to react when things don’t go their way?

That’s right. To you! You’re their safe place; their Queen (or king). The one who always reacts in the way you’re ‘supposed to’.

That is how they see us, and so as they get bigger, they model their behaviour on ours.

Remember, you are not alone. So many parents struggle with temper tantrums. The first step to over coming is understanding them. The next step is learning how to master our frustrations to cope, and help our kids cope, with them. Check out my next post in the series with 7 WAYS TO COPE WITH TEMPER TANTRUMS.

In the meantime, I’d love to hear for you! Whats your experience of temper tantrums? Don’t be afraid to share in the comments below! I’m sure we can all relate! 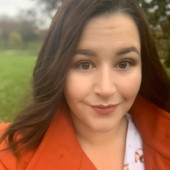 7 Ways To Cope With Temper Tantrums

Worth reading »
How Mindfulness Helps Me Be A Better Mum

I AM all of those things!! ⁠ ⁠ Repeat this to

So I've been brave!! ⁠ ⁠ I made this design la

I learned someone remarkable recently. ⁠ ⁠ It